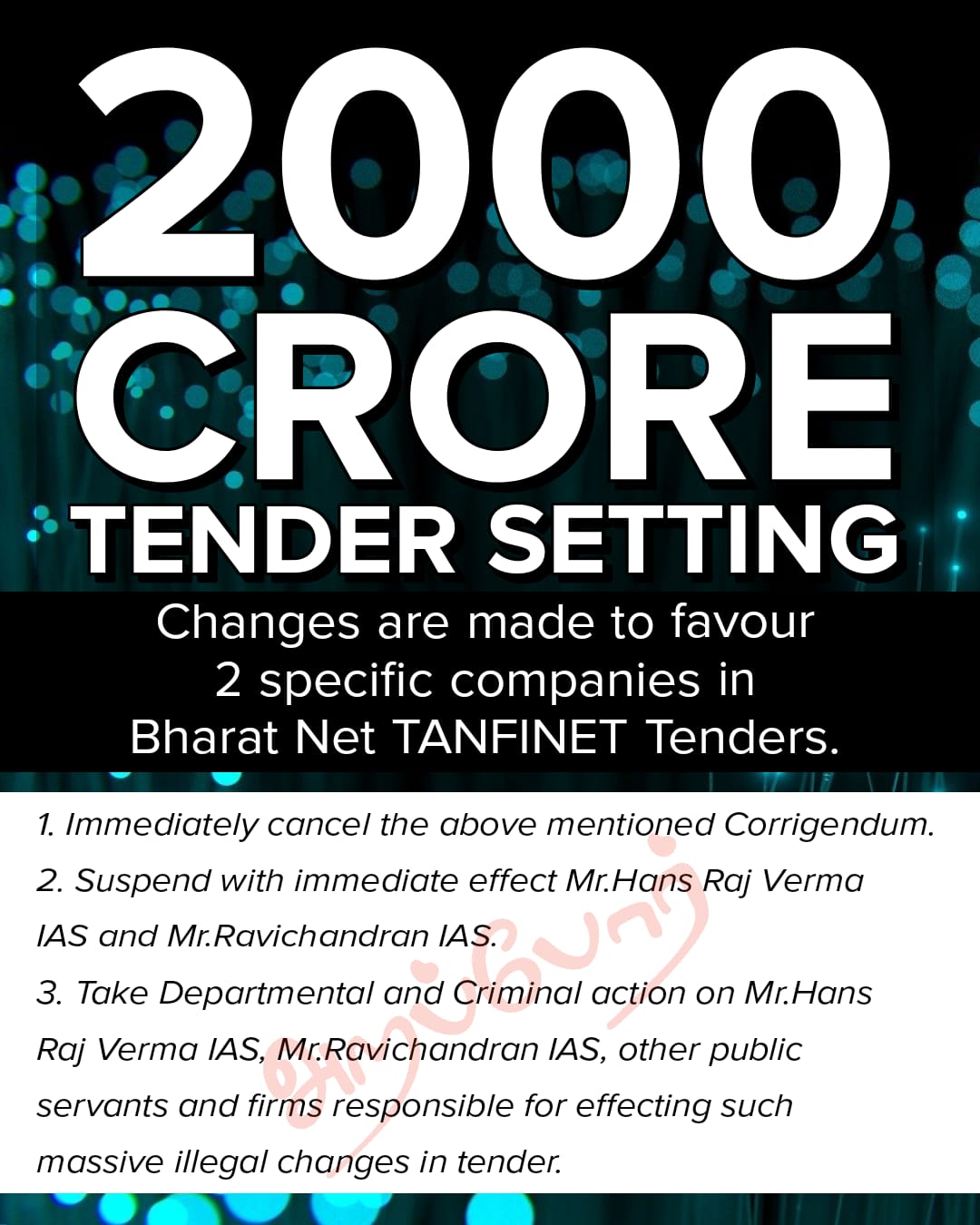 Arappor Iyakkam has sent a complaint of massive irregularity and Tender Collusion in the TamilNadu FiberNet Corporation Ltd Tenders of the IT Department of TamilNadu for laying fiber optic connectivity to all villages of TamilNadu. The complaint has been sent to the Chief Minister of Tamilnadu, Chief Secretary, Secretary to Department of Telecommunications, Central Vigilance Commission and Competition Commission of India. The gist of the complaint is given below.

We have been watching the progress of this tender on the Government site http://tntenders.gov.in . We are shocked to note that a brazen attempt is being made to pass of a huge illegality in the name of a corrigendum, under the cover of the Corona crisis! I write this representation to bring to your attention that massive changes have been made in the tender conditions in the nearly Rs 2000 crore TANFINET tenders for laying fiber optic connectivity to all Village Panchayats in Tamil Nadu. It is reliably learnt that these changes are made to favour 2 specific companies and immediate action can thwart such attempts of favouritism and Corruption.

In January 2020, the news of the then Principal Secretary to Government, Information Technology Department, Dr. Santhosh Babu IAS applying for voluntary retirement, dominated newspapers and television channels. It is understood that the above officer resorted to the aforementioned action as he was being pressurised by the top brass to change conditions of the tender to favour a specific company came out in the open. Because the IT Secretary seems to have disagreed to the changes and stood for fair tender practices, he seems to have been transferred without any reason to the Handicrafts Department even before his term ended, as per media reports. Mr Hans Raj Verma IAS was given additional charge as ACS, IT Department. The Managing Director of TANFINET was also transferred and a new person called Ravichandran was brought in. The last date for the prebid conference, opening of the tender etc have from then on been postponed continuously without any valid reason.

On April 15, 2020, when the whole state is focused on fighting the pandemic, TANFINET has brought about big changes in the tender in the form of a Corrigendum, the major of which seems to be with the intention of restricting competition and to favour a few specific companies. Corrigendum is generally issued on minor conditional changes or specifications that will pave way for a healthy competitive quality tender. However, the reverse of it seems to have happened.

The basic eligibility criteria of cumulative turnover requirement for the last 3 financial years has been turned to average annual turnover for the last 3 financial years. This is a major anticompetitive clause as the required turnover has been increased 300%. This has resulted in turnover requirement to increase from almost 40% of the tender value to 120% of the tender value. The cumulative experience in the last 3 years have been changed to experience in each of the last 3 years in Package B, C and D again which will result in eliminating bidders. Apart from this there are several gross changes such as demanding average turnover of Rs 405 Crores for Original Equipment Manufacturers. All these clauses are aimed at eliminating System Integrators and designed to choose specific big Optical Fiber Cable Manufacturers. While the eligibility criteria of the original tender was approved by 15 Secretaries of the Tamil Nadu Infrastructure Development Board (TNIDB), it is illegal for the TANFINET to have made such a major change without the approval of the TNIDB. Secondly, what is the logic and reason to increase the turnover and experience multiple times when they have been vetted and approved by Secretaries of 15 Departments?. There seems to be no other reason except that of limiting competition, favoritism and to pave way for a massive corruption in tenders.

TANFINET and the Information Technology Department by making such big changes have rendered the approval of the TNIDB null and void. In case TANFINET felt that such changes are necessary for any valid reason, then these changes should have been sent to TNIDB for approval and only after the Board’s approval such changes could be incorporated in the form of a new tender. These massive changes cannot be incorporated as a Corrigendum to the tender

These changes seem to have been carried out to eliminate System Integrator companies out of the competition and only allow OFC manufacturers to be made eligible. It is reliably learnt that the TANFINET is doing this to favour 2 big specific companies, the names of which has been shared in the complaint to the Chief Minister and the agencies. It is ironical that while the tender itself has been designed to select System Integrators, conditions have been changed to eliminate almost all System Integrators out of the competition. 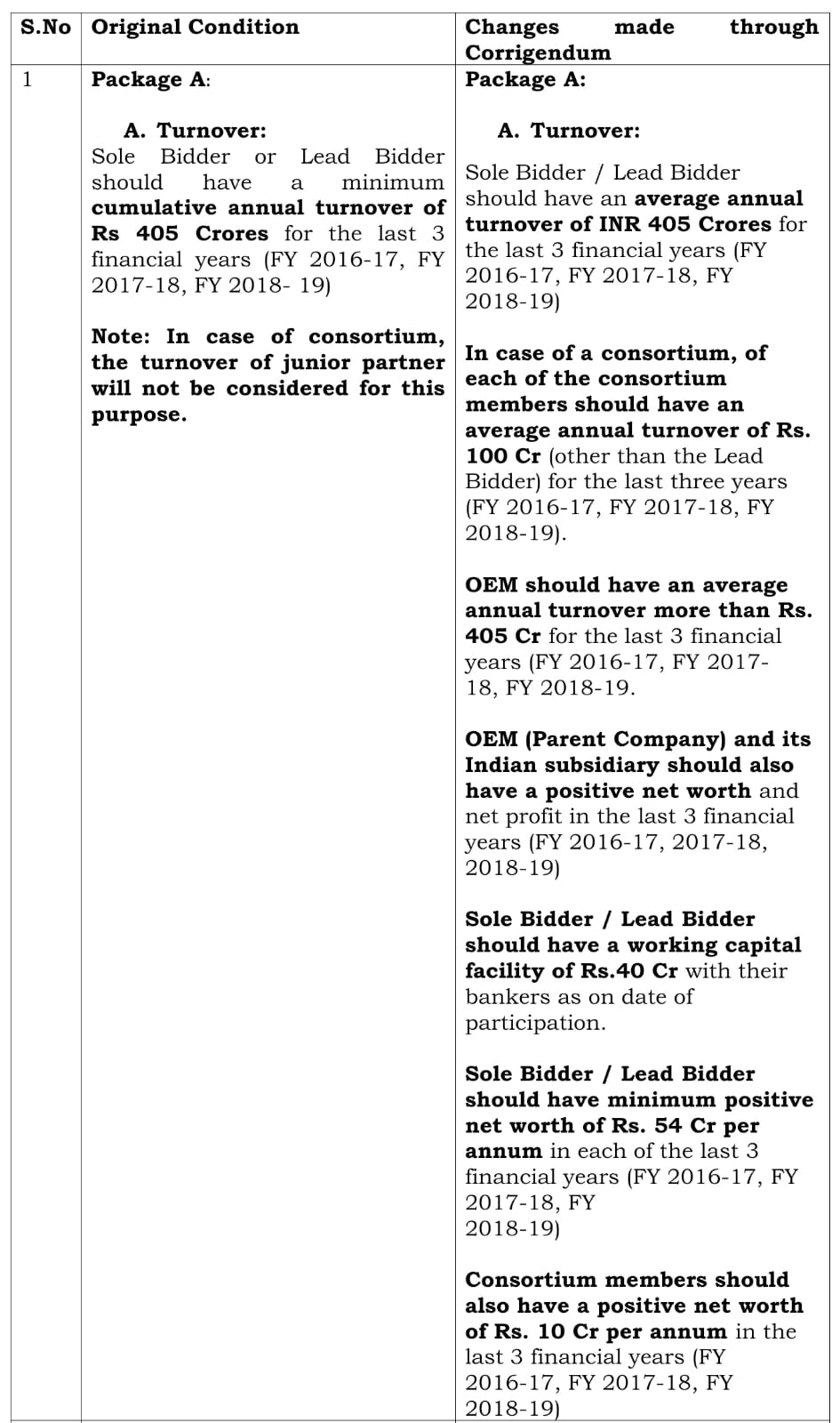 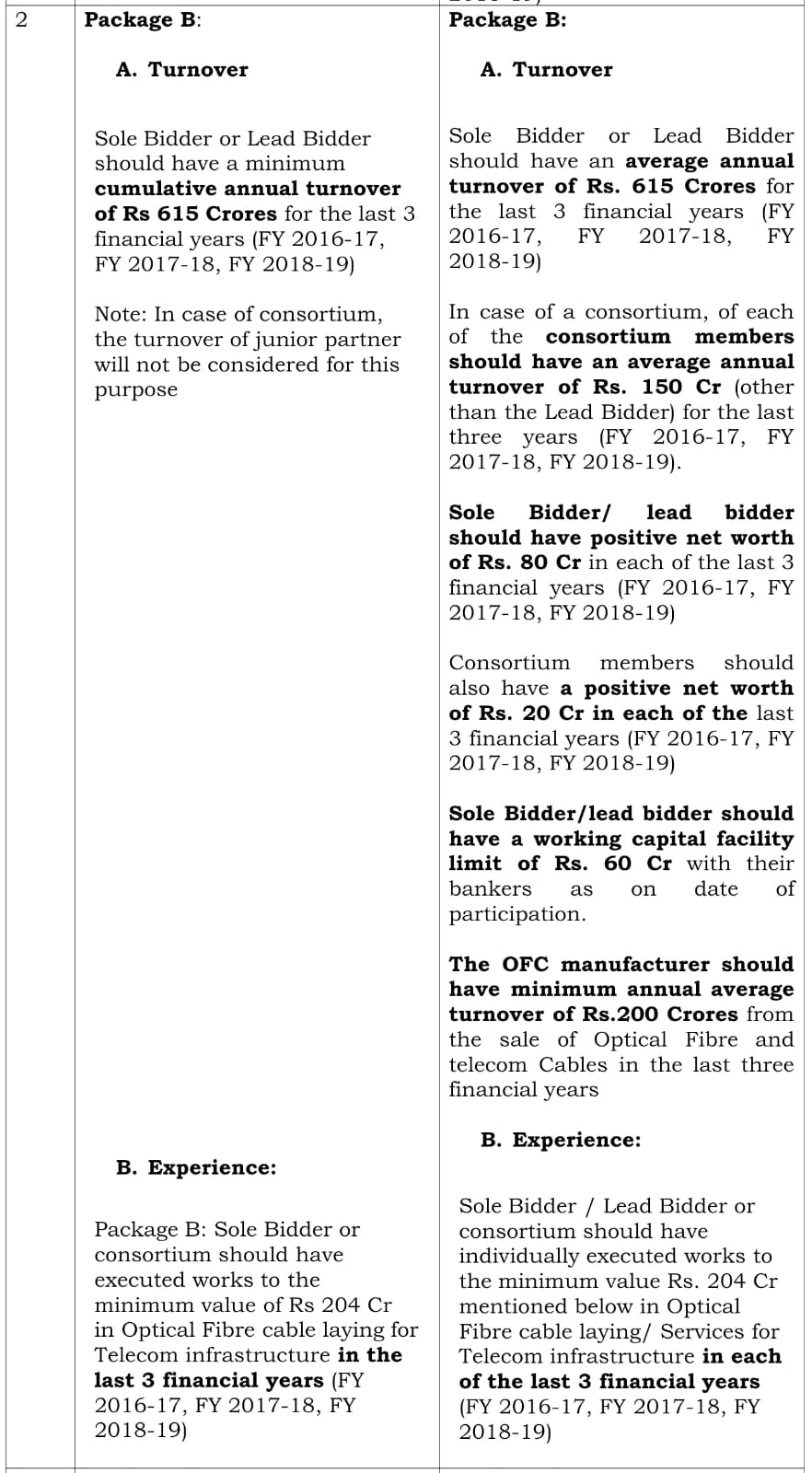 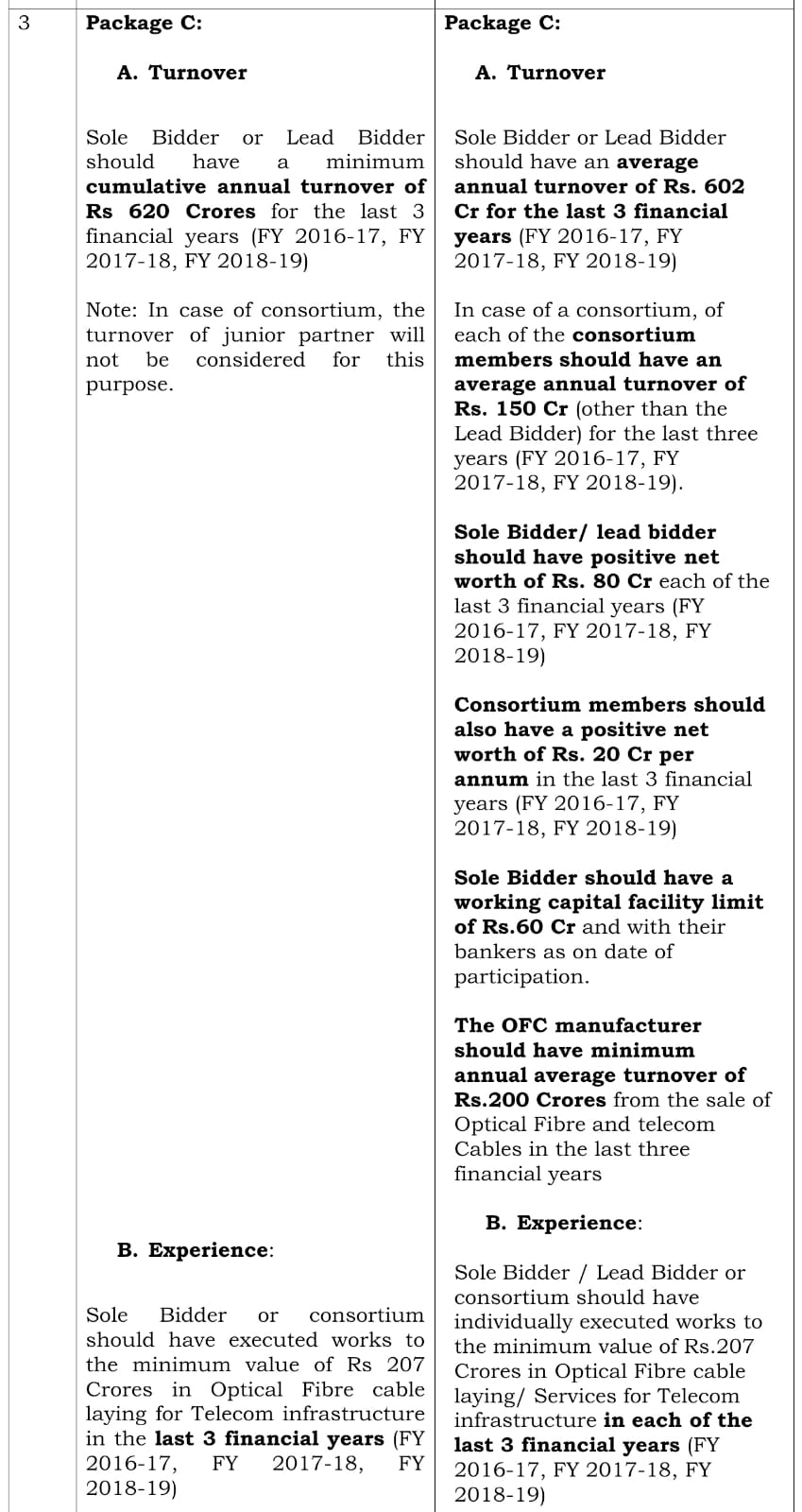 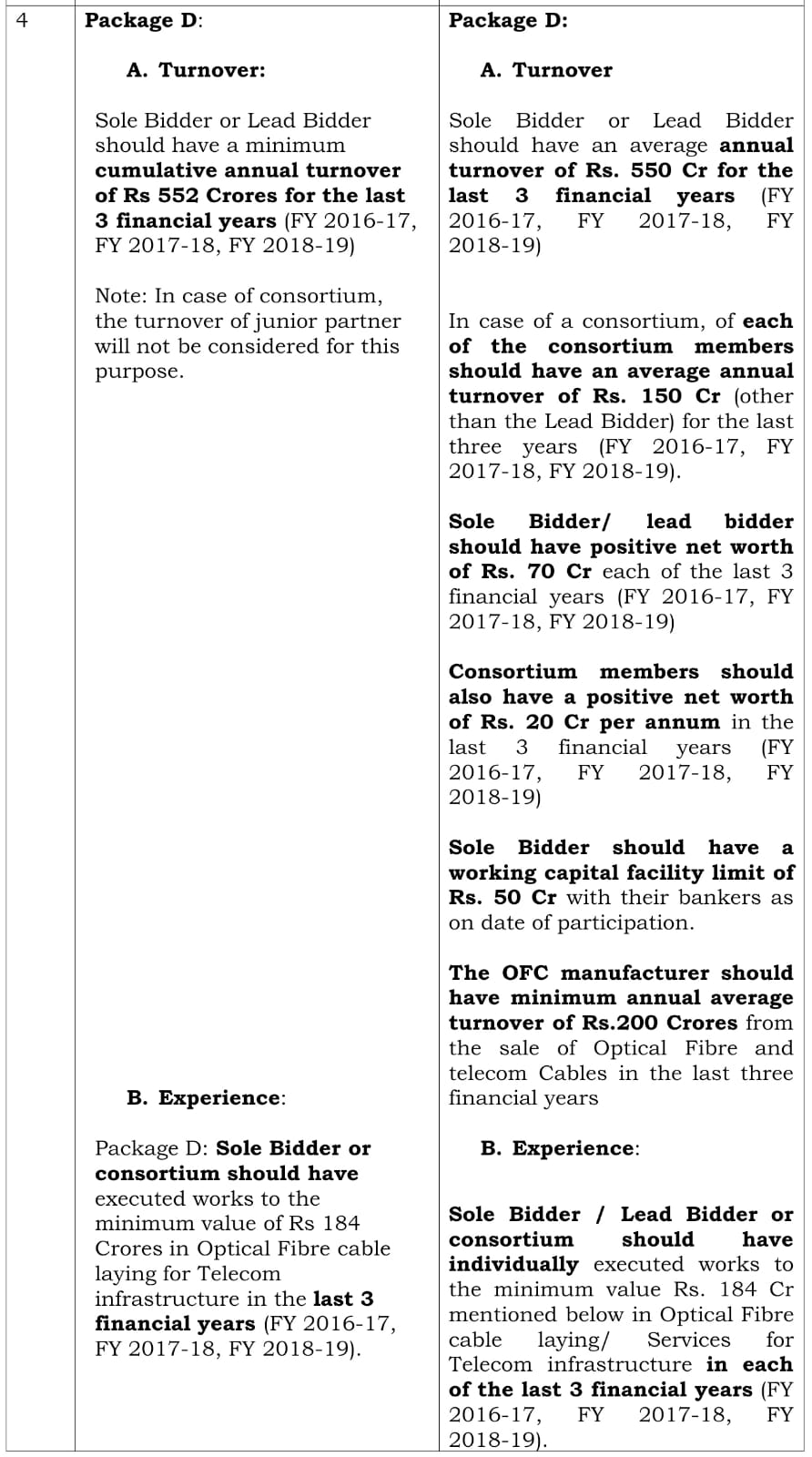 This is a time when the State is fighting a pandemic and the entire focus of all people and Government functionaries are on the pandemic. At this Juncture, certain top functionaries of the state seem to be wanting to use this opportunity to grossly misuse their power for unjust enrichment of a few by involving themselves in illegally changing the conditions of the Tender. It is extremely important that you act immediately so that a Corruption that is on the verge of happening can be thwarted immediately. This is a project if implemented honestly and sincerely can bring about great benefits to Tamil Nadu.

Therefore, Arappor Iyakkam has sent a complaint to Chief Minister of Tamilnadu, Chief Secretary, Secretary to Department of Telecommunications, Central Vigilance Commission and Competition Commission of India with the following demands